In regards to my knowledge of the stories of the English crown, I am also not that Denis Roussos in the 400m hurdle. For me, there are three princes: The roux, the bald and the one who has large ears. After, to find out who is the son of who and who is married to so-and-so, I had luckily my girlfriend who has swallowed the season of The Crown just before and was able to make me a little rundown. 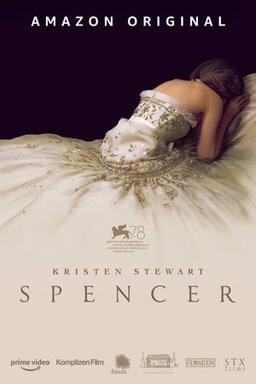 All that to say that the stories of the royal family interest me very much and my knowledge of the life of Lady Di will stop with a pillar. I’m probably not the target of the film by Pablo Larrain.

Fortunately, Spencer is not really a biopic. The film spans over a period of 3/4 days around Christmas and although it is based on characters and actual events, the share of fiction remains quite important. It must be said that the character of Lady Di is at that precise moment, a good base to imagine a film deeply tragic. Depressed, bulimic, deceived by her husband and overwhelmed by the weight of the conventions and traditions of the British Crown, Lady Dy is a mood chafouine. It is this psychological instability, this desire for freedom and the need to find her life at the centre of the film.

The psychological instability of the princess is perfectly transmitted through the staging, which consisted primarily of large-angle shaky, always in movement, contrasting with the rigid conventions of the crown. Instability is accentuated by the music, a sort of jazz fever unstructured that perfectly symbolizes the brothel cacophonous which was to take place in the head of Diana, at this precise moment.

Level interpretation, Kristen Stewart seemed to be quite convincing. Not knowing Diana, hard to say if his interpretation of the princess is true or not. But at the level of the game, we feel a Lady Di that is constantly on the wire. Ready to explode under the pressure. Still, with tears in her eyes, lips trembling, speaking only in whispers, and with gritted teeth.

In short, even if these stories of princes and a princess don’t really matter, the film by Pablo Larrain is interesting for its staging and its treatment free of a character in spite of everything fascinating. One can only feel empathy for Diana. And we say that to be part of the royal family, it was the same when the air sucks!

View all posts by Social →